The History of the Order

Briefly the order of the Secret Monitor is based upon the friendship of David and Jonathan. Jonathan was the son of King Saul and David was one of his warriors who had distinguished himself as a result of his encounter with Goliath, this story is well know to all of us. His success, however made Saul jealous, and he conspired to kill David for fear of loosing his Kingdom to him. With the help of Jonathan, David was saved from the treachery of Saul and the shooting of arrows is part of this story as well as the various refuges occupied by David where Jonathan visited him which he gained by secret means of recognition, hence the Order of the Secret Monitor. Jonathan was killed in a disastrous battle against the Philistines, Saul committed suicide and David was finally accepted as king by the people of Judah.

An Englishman by the name of Issachar Zacharie, after having served on the Federal side of the American Civil War, settled in California as a Chiropodist where he took a prominent role in Masonic affairs. Her returned to London in 1875 and set up practice as a surgeon in Brook Street Mayfair, was advanced in the Bon Accord Mark Lodge in 1882 and met other Brethren who had received the degree of Secret Monitor in various places, mainly in America. Brother Zacharie discussed with these Brethren the possibility of working this degree in England and as a result of which a Conclave called Alfred Meadows Conclave No.1 was formed in July 1887, which in November 1887 was renamed Premier No.1 which still exists and flourishes in London today.

The Grand Council of the Order of the Secret Monitor for the United Kingdom of Great Britain and Ireland and the Colonies and Dependencies of the British Crown was formed with Bro. Issachar Zacharie as the first Supreme Ruler and in the Constitutions the object of the order was set forth as follows:

“Every conclave shall appoint not more than four Visiting Deacons, whose duty it shall be to search out and call upon any Brother who may be in danger or distress, or who may have fallen into ill health or may be in need of fraternal monition, sympathy, consolation or assistance. This duty shall be recognised in every set of by-laws sanctioned for any conclave and the Supreme Ruler of every conclave at his installation must be duly warned that he will be held responsible to the Grand Council for the proper and effective carrying out of this Constitution” The order of The Secret Monitor had been working the three degrees for some time whereas in America only one degree was worked and after protracted discussions it was agreed that the Grand Council of the Allied Masonic Degrees took the Order of the Secret Monitor under its aegis in 1898 but the title of Secret Monitor still remained in existence. However in 1931 the whole matter was settled when R.W.Bro. Napier-Clavering who was the Grand Master of the Allied Masonic Degrees as well as the Grand Supreme Ruler of the Order of the Secret Monitor confirmed that the former Council officially recognises the latter as a separate 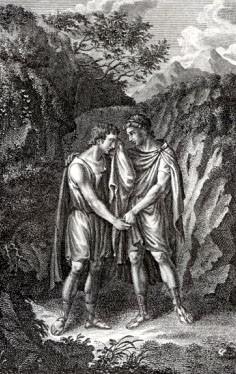